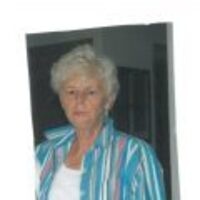 Mildred L. Meese age 89 of Erin, TN, passed away on Tuesday August 11, 2020 at Signature Healthcare of Erin. She was born March 31, 1931 in Pennsylvania, the daughter of the late Archie and Mariam Rhodes. She had worked during her life at a dime store and at the business office of a hospital, however, her main job was as a homemaker and a mother. She enjoyed doing all of the tasks that made her a good mother. She is a member of the Seventh Day Adventist Church at congregations in Michigan. Mildred is survived by her daughters Darlyn Schroeder of Fairview, TN; and Sandra Monterusso of Erin, TN. She is also survived by a son Daniel Meese of Byron Center, MI. She is survived by four grandchildren and several great grandchildren. In addition to her parents, she is preceded in death by her husband Richard E. Meese and her son Michael Meese. There are no public funeral services scheduled at this time. Arrangements are under the care of Gateway Funeral Home and Cremation Center 335 Franklin Street Clarksville, TN 37040. Phone 931-919-2600. Online condolences may be made by going to www.gatewayfh.com.

To order memorial trees or send flowers to the family in memory of Mildred L. Meese, please visit our flower store.