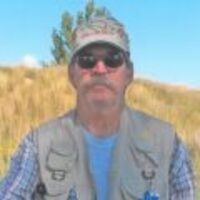 Michael Allan Scheber age 68 of Clarksville, TN passed away on Monday January 29, 2018 at his residence. He was born June 6, 1949 in Chicago, IL the son of the late Charles John Scheber Sr. and Dorothy Armbrust Scheber, Michael served his country in the U.S. Army from 1969 to 1971 in the 4th Infantry in Vietnam. Following his time in the service he served as a volunteer firefighter for over 30 years with the Buckeye Valley Fire District in Arizona. He also worked for over 15 years as a truck driver with the U.S. Postal Service, retiring in 2009. While living in Colorado he was a member of the Loveland Fishing Club. He is survived by his wife Sharon Abbott Scheber of Clarksville; a son Jason Patrick Scheber of Ft. Collins, CO; a daughter Traci C. Scheber of Clarksville; a daughter and son in law Jennifer and Richard Adamowich of Clarksville. Michael is also survived by grandchildren Clinton Scheber; Halley Adamowich; Mathew Scheber; Ayden Adamowich; and Kayla Adamowich; as well as a great grandson Kiran Adamowich. In addition to his parents he is preceded in death by an infant daughter Melissa; a brother Charles John Scheber Jr.; and a granddaughter Kennedy Adamowich. In keeping with Michaels wishes, there will be no public funeral services. Memorial contributions may be made to the St. Jude Children's Hospital or the American Cancer Society. Arrangements are under the care of Gateway Funeral Home and Cremation Center 335 Franklin Street Clarksville, TN 37040. Phone 931-919-2600. Online condolences may be made by going to www.gatewayfh.com.

To order memorial trees or send flowers to the family in memory of Michael A. Scheber, please visit our flower store.