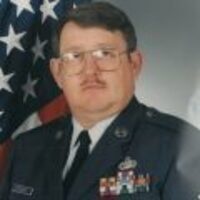 Maynard Howard Fillers Jr., age 69 of Clarksville, passed away February 7, 2019 at Tennova Healthcare. He was born February 15, 1949 in Greeneville TN to the late Maynard H. Fillers Sr. and Lucy Hartman Fillers. Maynard served his country in the U.S. Air Force for 26 years and retired as a Sr. Master Sergeant. Following his time in the military, he worked in the Parts Room of Maui Cup Company. Maynard enjoyed spending time on the beach and playing golf. He was also a fan of NASCAR and football, but most especially, he was devoted to his family and grandchildren.

A memorial visitation will be held Saturday February 16, 2019 from 2 until 4 PM at Gateway Funeral Home. Arrangements are under the care of Gateway Funeral Home and Cremation Center 335 Franklin Street Clarksville, TN 37040. Phone 931-919-2600. Online condolences may be made by going to www.gatewayfh.com.

To order memorial trees or send flowers to the family in memory of Maynard Howard Fillers Jr., please visit our flower store.