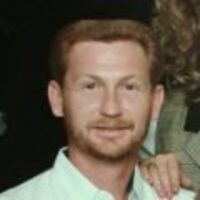 Marty Ray Rittenberry age 59 of White Bluff, TN, passed away on Tuesday August 21, 2018 at St. Thomas West Hospital in Nashville. He was born April 4, 1959 in Montgomery County, TN, the son of Barbara Yarbrough Holt and Minor Ray Rittenberry. Marty was the owner and operator of the J.B. Gaither Septic Tank Company for 30 years until his health no longer permitted him to work. He was well known as a dirt bike racer. He had won the AMA Nationals in dirt bike racing and had been on the Cycle Village team and the Mid South Honda team. He is survived by his father Minor Ray Rittenberry of Clarksville; his mother and step father Barbara Holt and Roy of White Bluff, TN; a daughter Mandy Kay Stilts (Daniel) of Clarksville; sisters Laura Reeder (Jacky) of White Bluff; Angel Baggett (Joey) of Clarksville; brothers Michael Rittenberry (Tonya) of Clarksville; step brothers Ronald Holt and Rob Roy Holt of Greenbriar, TN. Marty was also blessed with a grandson Austin Stilts and special cousins Janet Young and John Bridges Young. He is preceded in death by a sister Kelly Leigh Jones, his step mother Martha Jean Rittenberry and his precious dog Max. Funeral services will be conducted on Thursday August 23, 2018 at 5:00 P.M. at Gateway Funeral Home. Visitation will be on Thursday from 1:00 P.M. until the time of services at 5:00 PM. Brother Brad Benson will officiate. Cremation will follow. Arrangements are under the care of Gateway Funeral Home and Cremation Center 335 Franklin Street Clarksville, TN 37040. Phone 931-919-2600. Online condolences may be made by going to www.gatewayfh.com.

To order memorial trees or send flowers to the family in memory of Marty Ray Rittenberry, please visit our flower store.