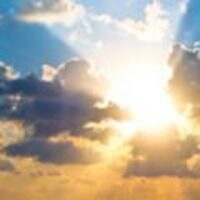 Marilyn Louise Westers age 76 of Clarksville passed away at Tennova Healthcare in Clarksville on November 10, 2017. She was born November 10, 1941 in Cook County, IL the daughter of the late Frank Larsen and Helen Harrington Larson. Marilyn is survived by three daughters, Barbara Evans of Cicero, IL; Karen Orr (Bill) of Lockport, IL; and Cindy Haseltine (Dan) of Woodlawn, TN; a sister Shirley Stevenson of Pardeeville, WI; six grandchildren and six great grandchildren. In addition to her parents she is preceded in death by her husband Joseph Westers who passed in 1999 and a brother Robert Larsen. The family will gather on Sunday at Gateway Funeral Home for a time of remembrance. Arrangements are under the care of Gateway Funeral Home and Cremation Center 335 Franklin Street Clarksville, TN 37040. Phone 931-919-2600. Online condolences may be made by going to www.gatewayfh.com

To order memorial trees or send flowers to the family in memory of Marilyn Louise Westers, please visit our flower store.