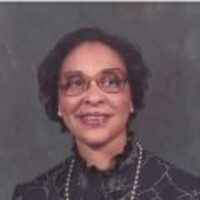 Marie Kates Stewart age 89 of Adams, TN, passed away at her residence on Thursday August 23, 2018. She was born in Montgomery County on May 26, 1929. She was raised by her grandmother Cressie Christian Moss. She received her education in the Montgomery County Schools and attended Bert High School. Marie was a homemaker and was preceded in death by her husband Joseph E. "Joe" Stewart who passed in 1994. Marie was an active member of the Nevels Chapel Baptist Church. She was a Sunday School teacher and had served as secretary of the church for many years and was a member of the mothers board. She had the distinction of being the oldest member of the church. She is also a member of the St. Mary's Chapter #5 Order of the Eastern Star. Marie enjoyed helping with her family farm throughout the years and particularly enjoyed the cattle on the farm. She had been president of the old Pisgah school PTA, was a part of the home demonstration club, and was well known for making Aunt Marie's Barbecue Sauce. Survivors include her son Garrett "Bubba" Stewart of Adams; a grandson Nicholas Stewart and a great granddaughter Ataly Stewart. Also surviving is a devoted sister in law Juanita Stewart Ballard of Adams, and Clementene Stewart of Milwaukee, WI, as well as an uncle Terry Moss of St. Louis, MO and a host of nieces, nephews and cousins. She is also preceded in death by her daughter in law Mary Linda Stewart. Funeral services for Marie will be conducted on Tuesday August 28, 2018 at 12 noon at the Nevels Chapel Baptist Church at 2720 Memorial Drive, Clarksville. Rev. Derek West will give the eulogy and Rev. C.P. Long Jr. will officiate. Visitation will be on Monday afternoon with family visitation from 5-7 P.M. on Monday at the Gateway Funeral Home. Visitation will also be for the hour prior to services at the church. The Order of the Eastern Star will conduct memorial services on Monday at 6:30 P.M. Burial will follow at Resthaven Memorial Gardens. Memorial contributions may be made to the Nevels Chapel Church. Arrangements are under the care of Gateway Funeral Home and Cremation Center 335 Franklin Street Clarksville, TN 37040. Phone 931-919-2600. Online condolences may be made by going to www.gatewayfh.com.

To order memorial trees or send flowers to the family in memory of Marie Stewart, please visit our flower store.