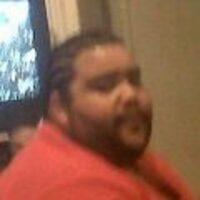 Lumis Lee Terrell III, age 43, of Clarksville, TN passed away on July 22, 2017 at Tennova Healthcare in Clarksville. He was born on August 17, 1973 in Brooklyn, NY to the late Lumis Lee Terrell II and Linda Renee Cohen Terrell. Mr. Terrell is survived by one son, Lumis L Terrell IV of Bronx, NY; one daughter, Paulette Terrell of Bronx, NY; two sisters, Tina Ann Terrell of Clarksville and Joseyphine Phyllis Terrell Mohamed of Brooklyn, NY; nephews, Darnell Phillip Terrell of Clarksville; Gabriel Johnson of Pennsylvania; a niece Chante'l Johnson of Brooklyn, NY; and his companion Jennie McLay. Mr. Terrell is described as being more than just family, he was a loving and generous friend as well. No public services have been planned. Arrangements are under the care of Gateway Funeral Home and Cremation Center 335 Franklin Street Clarksville, TN 37040. Phone 931-919-2600. Online condolences may be made by going to www.gatewayfh.com.

To order memorial trees or send flowers to the family in memory of Lumis Lee Terrell III, please visit our flower store.