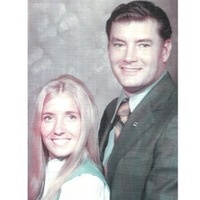 A 1959 graduate of Henderson (City) High School, Stephen attended Murray State University and Western Kentucky University where he received a Master of Business Administration and a Master of Military Science. Stephen started his military career in the Marine Reserves right out of high school. He transferred to the Army where he attended Officer Candidate School and flight school.  He served two tours in Vietnam as a dual rated pilot for both fixed wing and rotary wing aircrafts and has traveled all over the world.  He retired from the Army in 1992; worked with military contracts as a QA for flight simulators; and taught high school JROTC.

Stephen and his wife, Holly A., lived in Clarksville from 2002 until 2019 when they moved to North Las Vegas to allow their daughter to care for them. Holly passed in February of 2021.  Survivors include: his sons, Mark T. VanMeter of Eddyville, KY; CW5 James O. VanMeter (Lynn) of Ft Drum, NY; and Paul M. VanMeter (Krystal) of Marlborough CT; his daughters, Angelika VanMeter Garner (Kurt) of Kuttawa, KY; and Kristina VanMeter Willis of North Las Vegas, NV.

Also, surviving Stephen are his sisters: Gwenda Chesser of Henderson, KY; Virginia Greenwell of Henderson, KY; and Olivia Kay Landrum (Scott) of Weatherford, TX; as well as grandchildren, great-grandchildren, nieces, and nephews.  In addition to his parents and his wife, Stephen is preceded in death by his brother, Allan R. VanMeter and grandson, Jackson Willis.

To order memorial trees or send flowers to the family in memory of LTC (Ret.) Stephen Douglas VanMeter, please visit our flower store.