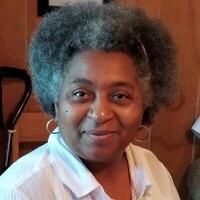 Loretta LaRosa Graves-Young affectionately known as “Ma” or “Grandma Retta” was born July 7, 1949 to Robert Lee Graves and Carlene Cannon Graves in Starksville, MS. She was the second oldest of seven children.

She was a proud graduate of Fort Campbell High School and Austin Peay State University. She was a member of the First Baptist Church of Crown Heights where she sang in the choir.

Loretta’s eldest daughter, Tonya Graves-Allen, was born July 25,1968. In 1975, she married Everette Young and to that union, Selima Ayana Young was born.

She moved to Brooklyn, New York; where she began working at Women’s Wear Daily in New York City. Loretta was also employed at the Brooklyn Botanic Garden where she worked as a Volunteer and Membership Coordinator for 27 years. After retiring in 2008, she returned to Clarksville,TN to care for her mother until her passing in 2015. Loretta enjoyed tai chi, naturopathy, spending time with her family and finding new hobbies to fill her time.

Loretta passed from this life to her heavenly reward on Saturday, January 29, 2022 at Tennova Hospital.

To order memorial trees or send flowers to the family in memory of Loretta LaRosa Young, please visit our flower store.