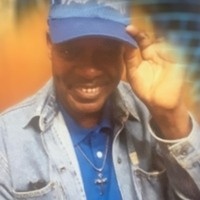 Lewis, our beloved brother, father, and Friend was born November 9, 1949 in Montgomery county, Tennessee. He departed from life on Tuesday, May 31, 2022 at Tennova Healthcare Clarksville. He was the son of the late Carney and Martha Allen Kilgore. Preceding him end it are two sisters, Ruby Davis In Mary Lee Williams; three Brothers, Billy Lee Kilgore, Robert L Kilgore, and Clyde Kilgore.

Lewis accepted Christ at an early age at Macedonia Baptist Church. He received his early education in Todd county and graduated as a member of “The Fighting Devils” football team at Jo Byrns High School class of 1968. After graduation he married his first wife Carylon Wilson and from that marriage he had his only child. Lewis raised tobacco alongside his father on the family farm and eventually began what would be a 43 year career as a welder at Trane. In the year 2000, He met the love of his life, Annie Johnson who preceded him in death in 2013. He was a member of Two Rivers C.B. Club and acting Sons of the American Legion Commander post 143.

A visitation will be held on Sunday, June 5, 2022 at Gateway Funeral Home from 5-7:00 P.M. Funeral services will take place at Gateway Funeral Home on Monday, June 6, 2022 at 12:00 P.M. with visitation for one hour prior. Elder Maurice E. Johnson will officiate the service. Burial will follow immediately after at Mount Lebanon Cemetery in Round Pond Community, Clarksville, TN.

To order memorial trees or send flowers to the family in memory of Lewis Edward Kilgore, please visit our flower store.