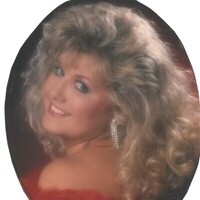 Leanne Wyatt of Clarksville, was born January 13, 1966 and passed away July 15, 2021.  She is the daughter of Evelyn Morrison and the late Wayne Teeple.  Billyfrank Morrison is her step father.  Leanne was preceded in death by her father, Wayne Teeple and both maternal and paternal grandparents.  Survivors include her mother Evelyn Morrison, stepfather Billyfrank Morrison, son Bradley Wyatt (Ashton) of Madisonville, KY, two grandchildren Grady and Sawyer, brother Michael Teeple, and many close family and friends.  Leanne was a cheerleader and a 1984 graduate of Clarksville High School.  She attended Austin Peay State University.  She took pride in her flowers and plants and loved her two Boston Terriers.  Private services will be held at a later date.  Arrangements are under the care of Gateway Funeral Home and Cremation Center  335 Franklin Street  Clarksville, TN  37040.  Phone 931-919-2600.  Online condolences may be made by going to www.gatewayfh.com.

To order memorial trees or send flowers to the family in memory of Leanne Wyatt, please visit our flower store.