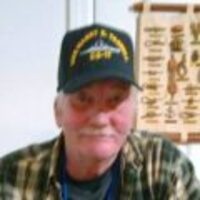 Lawrence C. "Larry" Utz Jr. age 57 of Clarksville, passed away at his residence on Saturday December 1, 2018. He was born August 18, 1961 in Rockville Center, NY, the son of the late Lawrence C. Utz Sr. and Barbara Brockmeyer Utz. Larry served in the U.S. Navy from 1979 to 1983. He served on the USS Harry E. Yarnell and traveled much of the world in the Navy. Following his time in the military he lived and worked in various places including working on the crew of a river tug boat for 12 years; working in the moving and storage business in New York and Florida including several years in moving and storage with the Kennedy Space Center. He had also worked at the Ocean Creek Resort in North Myrtle Beach, SC. He and his wife moved to Clarksville in 2016 and he was employed with O'Reilly Auto Parts with store # 1074. Larry is survived by his wife Ginger Creekbaum Utz, to whom he has been married since 2006. He is also survived by a son Robert Utz of Roanoke, VA; step sons Adam Hensley of Indianapolis and Aaron Hensley of Indianapolis as well as a step daughter Kali Hensley of Clarksville. Also surviving are sisters Barbara Marino (John) of Little River, SC; and Joanne Utz of Little River, SC; and a brother William Utz (Jen) of Long Island, NY. Larry is also survived by a granddaughter Halie Beard as well as several nieces and nephews. In addition to his parents, Larry is preceded in death by a step son Justin P. Hensley. Memorial Services with military honors for Larry will be conducted on Saturday December 15, 2018 at 2:00 P.M. at Gateway Funeral Home. Visitation will be from 12 noon until the time of services at 2:00 PM. Arrangements are under the care of Gateway Funeral Home and Cremation Center 335 Franklin Street Clarksville, TN 37040. Phone 931-919-2600. Online condolences may be made by going to www.gatewayfh.com.

To order memorial trees or send flowers to the family in memory of Lawrence C. Utz Jr., please visit our flower store.