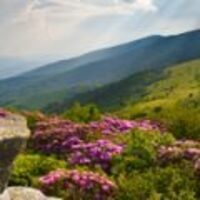 Larry D. Bush age 56 of Clarksville, passed away on Wednesday August 29, 2018 at Spring Meadows of Clarksville. He was born in Springfield, TN, the son of the late Louis Bush and Lorene Rippy Bush. Larry was a truck driver for many years. He is survived by his wife Deborah Tillery Bush of Clarksville; a son Gary Bush of Greenbrier, TN; his twin brother David Bush, and sisters Shirley Redferrin, Linda Carringer, and Helen Puckett. There are no public funeral services planned at this time. Arrangements are under the care of Gateway Funeral Home and Cremation Center 335 Franklin Street Clarksville, TN 37040. Phone 931-919-2600. Online condolences may be made by going to www.gatewayfh.com.

To order memorial trees or send flowers to the family in memory of Larry D. Bush, please visit our flower store.