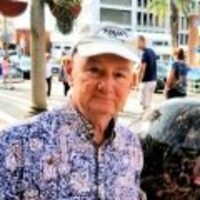 MSG (ret) Kevin Thomas Dischler age 72 of Clarksville, passed away on March 21, 2020 at Signature Healthcare in Erin, TN. He was born January 23, 1948 in Jersey City, NJ, the son of the late Walter Dischler and Georgia Hild Dischler. Kevin served his country in the US Army for 30 years, serving in Vietnam. He also served for many years in the National Guard and the Army Reserves. He later retired after several years in Civil Service at Ft. Campbell. In his early years he attained the honor of becoming an Eagle Scout. He was a blessing to his wife and family. He was known as a kind and quiet spirit. Even though he is gone from us now, he and his family will meet again in eternity. He is survived by his wife Pura Martha Gutierrez Dischler of Clarksville; daughters Denene Bradberry (Mike) of Clarksville; Tammie Baggett Lawson (Dan) of Clarksville; Robbie Baggett Benson (Brad) of Clarksville; and Terri Magrans-Courtney(Joe) of Waco, TX. Also surviving are sons Neal Baggett (Carol) of Clarksville; Raymond Magrans of Atlanta, GA; Danny Magrans of Clarksville; and Lenny Magrans (Carol) of Miami, FL. Also surviving are siblings David Dischler (Tena) of Arizona; Brian Dischler of Arizona; Jeffrey Dischler of New York; Suzanne Awner of Colorado; and Diane Darnell Dischler of Arizona. Also surviving are sixteen grandchildren, seven great grandchildren, three uncles and 2 aunts. Also surviving is his former wife Mary Grace Martin of Clarksville. In addition to his parents, he is preceded in death by his brother Bruce Dischler. Due to the current health concerns, private, family funeral services will be conducted on Friday March 27, 2020 at 11:00 AM at Gateway Funeral Home with Rev. Brad Benson officiating. Private burial will take place at Kentucky Veteran Cemetery West in Hopkinsville, KY. A public memorial service will be conducted at a later date. Arrangements are under the care of Gateway Funeral Home and Cremation Center 335 Franklin Street Clarksville, TN 37040. Phone 931-919-2600. Online condolences may be made by going to www.gatewayfh.com.

To order memorial trees or send flowers to the family in memory of Kevin Thomas Dischler, please visit our flower store.