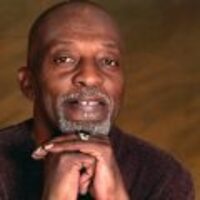 Kenneth (Kenny) Clark the fourth oldest child of ten children, to William Clark Sr. and Betty Rose Clark was born on April 18, 1940 in Detroit, MI. He was affectionately considered by his siblings to be a soft spoken and caring individual. Kenneth received his education within the Detroit Public School System. Prior to graduating from Southeastern High School, Kenneth decided to enlist into the United States Army. During his four years of service he held the position of Track Vehicle Operator. His deployments landed him amidst the Vietnam War and also included a posting in Alaska where on occasion he made mention "The bears stood taller than me." Upon his honorable discharge in early 1961 Kenneth agreed to a blind date where he encountered Betty Jean Rodgers. After a short courtship the two united in holy matrimony on October 29, 1961. To this union they welcomed four children, Keith, Karen, Kimberly, and Rodney. He was always seen capturing life's special moments through the lens of his camera which is evident through his extensive collection of family photos. When you think of Kenneth and the great outdoors only one thing comes to mind, his love of fishing which he found much serenity in doing. Kenneth sought his spiritual guidance as a parishioner of various local churches as he enjoyed interacting with other spiritual people. Later he was united with Konia Wimberly in 1979 and enjoyed years of wedded bliss. His family grew to include another son Rodney Wimberly and God-son Scott who fondly referred to him as "Pops". Konia preceded him in death in September of 2007. Growing older Kenneth's health began to decline and he found himself combating a brave recovery from an early stroke, a bout with Graves Disease, lung cancer and several hospital stays. Kenneth quietly departed this life on Thursday, July 6, 2017 as The Lord deemed it time to call him home. He leaves us in body to rest and be with our Lord Savior Jesus Christ. His life will forever be cherished in the lives of his children, Keith (Lana) Clark of Kentucky, Karen (James) Taylor, Kimberly, Rodney (Dana) Clark all of Michigan and Rodney (Christopher) Wimberly, Scott Everett Scott of Tennessee; Fourteen Grandchildren and one great grandchild. Kenneth was preceded in death by his father William Clark Sr. and his beloved mother Betty Rose Clark joined him on July 11, 2017, three siblings Walter, Zenoma and James. Surviving siblings include three brothers William, Charles, and Curtis, four sisters Betty, Phyllis, Fatima, and Annie (Victoria) along with a host of devoted nieces, nephew, cousins and friends. Funeral services will be conducted with military honors on Saturday July 15, 2017 at 1:00 P.M. at the chapel of Gateway Funeral Home. In keeping with Kenneth's wishes, cremation will follow. Visitation will be for the hour prior to services at the funeral home. Arrangements are under the care of Gateway Funeral Home and Cremation Center 335 Franklin Street Clarksville, TN 37040 Phone 931-919-2600. Online condolences may be made by going to www.gatewayfh.com.

To order memorial trees or send flowers to the family in memory of Kenneth Clark, please visit our flower store.