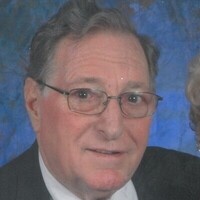 Joseph Curtis “Joe” Williams, age 88, of Clarksville, TN, passed away on Tuesday October 26, 2021 at Tennova Healthcare in Clarksville.  He has recently been a resident of Walking Horse Meadows in Clarksville.  Joe was born November 17, 1932 in Old Hickory, TN, the son of the late Curtis Williams and Stella Litchford Williams.  Joe served his country in the US Army.  He is a graduate of Austin Peay State University where he earned a BS degree.  He was employed for over 40 years with the state of Tennessee as a probation and parole officer.  He and his wife also owned and operated the Bargain Store on Franklin Street in Clarksville where he was known to customers as “Mr. Joe”.  He was known as a hard worker throughout his life.  He enjoyed playing the guitar and singing in a band and he enjoyed sharing his music with others, especially in senior citizen groups and nursing homes.  He is a member of Harmony Baptist Church in Adams, TN. Joe is preceded in death by his wife of over 50 years, Mildred Jean Mann Williams, who passed earlier in 2021.  Left to cherish his memory are his children Mike Williams (Ginger) of Adams, TN; Tim Williams of Clarksville, and Kristi Williams (Nick Meurer) of Clarksville.  He is also blessed with six grandchildren, Kelsey Norman, Alex Norman, Eric Williams, Stacey Boisseau, Jessica Williams, and Daniel Williams, as well as five great grandchildren, Rhea Boisseau, Reese Boisseau, Ryan Boisseau, Annie Williams, and Sawyer Durr.  Funeral services will be conducted on Saturday October 30, 2021 at 1:00 P.M. at Gateway Funeral Home with  Rev. Jake Townsend officiating.  Burial will follow at Resthaven Memorial Gardens.  Visitation will be from 11:00 A.M. until the time of services at the funeral home.  Arrangements are under the care of Gateway Funeral Home and Cremation Center  335 Franklin Street  Clarksville, TN.  37040.  Phone 931-919-2600.  Online condolences may be made by going to www.gatewayfh.com

To order memorial trees or send flowers to the family in memory of Joseph Curtis Williams, please visit our flower store.