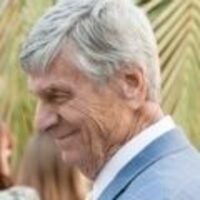 Joseph E. Goubert, age 81 of Chapmansboro, TN, passed away Monday, July 20, 2020 at his residence. He was born to the late Emile and Viola Goubert on September 23, 1938 in Garden Grove, CA. He was a contractor by trade but he was also a jack of all trades. He was a part of The Pilot Association and The NRA. While he resided in Idaho he was a part of the Gun Club. He and his wife attended Corpus Christi Chapel in Franklin, TN. Left to cherish his memory is his wife of 61 years, Carolyn Goubert; sons, Joseph Goubert of San Clemente, CA and Robert Goubert (Janene) of Castle Rock, CO; daughters, Gigi Lesley (Chip) of Meridian, ID and Renee Matosich (Teddy) of Brentwood, TN. He is also survived by his sister, Barbara Hibbard (Bob) of Santa Ana, CA; 10 grandchildren and 4 great grandchildren. He is preceded in death by his parents, Emile and Viola Goubert. In keeping with Joseph's wishes there will be no public services. In lieu of flowers the family has requested in Joe's memory to donate to St. Jude or The Wounded Warriors. Arrangements are under the care of Gateway Funeral Home and Cremation Center; 335 Franklin Street, Clarksville, TN 37040. Phone: (931)919-2600. Online condolences may be made by visiting gatewayfh.com

To order memorial trees or send flowers to the family in memory of Joseph Emile Goubert, please visit our flower store.