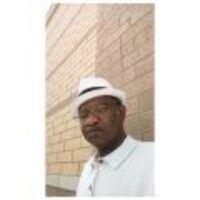 Johnny Clarence Brantley, age 55, of Clarksville, TN passed away on Tuesday, November 26, 2019 at Vanderbilt Medical Center. He was born in Savannah, GA on November 27, 1963 to the late Julia Mae Ruth. Johnny joined Concord Missionary Baptist Church as a young boy and worshipped there until moving to Clarksville as an adult. He had a love for cooking and attended Culinary School in New York to further his education.

A funeral service for Mr. Brantley will be conducted on Friday, December 6, 2019 at 4:00 P.M. at Gateway Funeral Home Chapel with Bishop Gregory Whitlock to officiate. An open visitation will begin at 10:00 A.M. on Friday until the time of service. Arrangements are under the care of Gateway Funeral Home & Cremation Center; 335 Franklin St. Clarksville, TN 37040; Phone: 931-919-2600. Online condolences may be made by visiting gatewayfh.com.

To order memorial trees or send flowers to the family in memory of Johnny Clarence Brantley, please visit our flower store.