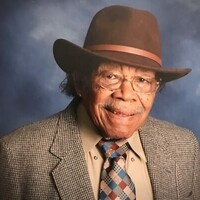 John William Wilson Sr., Son of the late James Arthur Jenkins and Ann Wilson, was born April 12, 1932 in Washington, North Carolina.  He departed life during the morning of December 11, 2021 at his residence in Clarksville, TN.

John was raised in Washington NC where he attended P.S. Jones High School before enlisting in the United States Army where he served for 20 years as a Combat Engineer before retiring in 1972 from Fort Campbell Army Base in Kentucky. After retiring he and his family moved to Clarksville where he was employed by State Stove in Ashland City as a Maintenance Engineer for over 15 years. After leaving State Stove, he was employed by the Montgomery County School System as a Senior Building Maintenance Engineer for over 20 years before retiring for good June 2, 2005.

John was currently a member of the Immaculate Conception Church in Clarksville for over 50 years, of which he served faithfully as a member of the Knights of Columbus Organization for 30 of those years. He enjoyed deep frying turkeys and fish for charity and providing backpacks to the Immaculate Conception Catholic School. He was the epitome of a faithful servant. He was always there when you needed him. His favorite pastime was collecting hats and playing cards at the senior citizen home. Family, In-Laws, and friends enjoyed his barbeque for over 50 years.

In addition to his parents, he is preceded in death by his wife, Agatha J. Wilson who he was faithfully married to for over 66 years, his brother Clifford Earl Little and two daughters, Joncie Powell and Ann Wilson. He leaves behind to cherish his memories three children: John Wilson Jr. and Cecile Wilson, both of Clarksville TN, and David Wilson (Lisa) of Lawrenceville GA, and two sisters Annie Spruell and Dorothy Shelby, both of Philadelphia, PA. He was also blessed with 11 grandchildren, 33 great grandchildren, 28 great great grandchildren and many friends and relatives. John was loved by many and he left an indelible mark wherever he went. He will be sorely missed.

A celebration of life service will be held 1pm, Saturday, December 18, 2021 at the Immaculate Conception Church. Interment will follow at Resthaven Cemetery.

The family will receive friends from 4 pm to 7 pm on Friday, December 17, 2021 at the Gateway Funeral Home.

In lieu of flowers donations may be made to the Knights of Columbus Charities in memory of John Wilson Sr. by going to Knights of Columbus Charities Inc. | Rating by Charity Navigator. Click on “Donate to this Charity” in the top right-hand corner.  Arrangements are under the care of Gateway Funeral Home and Cremation Center  335 Franklin Street  Clarksville, TN  37040.  Phone 931-919-2600.

To order memorial trees or send flowers to the family in memory of John William Wilson, please visit our flower store.