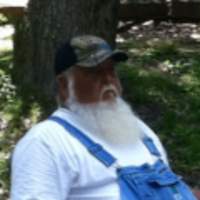 John T. Davis Jr. age 65 of Woodlawn, passed away at his home on Saturday May 12, 2018. He was born in Pisgah, AL on June 28, 1952, the son of the late John T. Davis Sr. and Nina Kate King Davis. John served his country in the U.S. Army during Vietnam. Following his service in the military he worked as an auto mechanic, most recently with Frost Auto Alignment. He enjoyed fishing and hunting. He is survived by his wife Debra Schaffer Davis of Woodlawn; sons John Timothy Davis (Lacie) of Pisgah, AL; John Thomas Davis III of Woodlawn; and Jason Thomas Davis of Woodlawn; a daughter Crystal Lynn Davis Clark (Randy) of Dover. He is also survived by 3 grandchildren Austin Wayne Clark, Jasa Cheyenne Clark, and Kobi Eugene Davis. In addition to his parents he is preceded in death by a sister Bobbie Lou Gray. There will be a time of visitation on Wednesday May 16, 2018 from 5 to 7 P.M. at Gateway Funeral Home. In keeping with John's wishes, cremation will follow and he will be placed at Resthaven Memorial Gardens with military honors. Arrangements are under the care of Gateway Funeral Home and Cremation Center 335 Franklin Street Clarksville, TN 37040. Phone 931-919-2600. Online condolences may be made by going to www.gatewayfh.com.

To order memorial trees or send flowers to the family in memory of John T. Davis Jr., please visit our flower store.