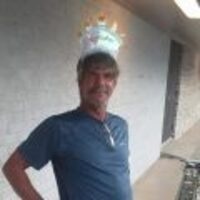 John S. Boyko Jr. age 66 of Clarksville, passed away in Clarksville. He was born June 29, 1953 in Ft. Bragg, NC the son of the late John S. Boyko Sr. and Alice Williams. John served his country in the US Army for 22 years in Special Forces. He served in Vietnam, Desert Shield and Desert Storm. Following his time in the military he worked for many years in the heating and cooling business in Clarksville. He is survived by two sons Daniel Boyko of Clarksville and Michael Boyko of Clarksville. He is also survived by a grandson Leo Boyko. He is preceded in death by his wife Tuae Boyko who passed away in 2017. Burial with military honors are planned at a later date at the Kentucky Veteran Cemetery, West in Hopkinsville, KY. Arrangements are under the care of Gateway Funeral Home and Cremation Center 335 Franklin Street Clarksville, TN 37040. Phone 931-919-2600. Online condolences may be made by going to www.gatewayfh.com.

To order memorial trees or send flowers to the family in memory of John S. Boyko Jr., please visit our flower store.