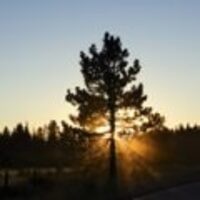 John Jay Dickson age 84 of Clarksville, passed away on Thursday October 19, 2017 at Tennova Healthcare in Clarksville. He was born March 22, 1933 in Clarksville, the son of the late Elmore Curtis Dickson and Beatrice Jackson Dickson. John was employed for many years with the Tennessee Department of Transportation. In recent years John made his home with his nephew David B. Dickson of Clarksville. He is also survived by his brothers Charlie Dickson (Loretta) of Peoria, IL and Robert Dickson of Creve Coeur, IL. In addition to his parents he is preceded in death by brothers Elmore Dickson, and Walter Dickson and sisters Sarah Peden, Dorothy Alexander, Rachel Brown, and Ruth Schaefer. There will be a Memorial Visitation on Monday October 23, 2017 between the hours of 2 PM and 4 PM at Gateway Funeral Home and Cremation Center 335 Franklin Street Clarksville, TN 37040. Phone 931-919-2600. Online condolences may be made by going to www.gatewayfh.com.

To order memorial trees or send flowers to the family in memory of John Jay Dickson, please visit our flower store.