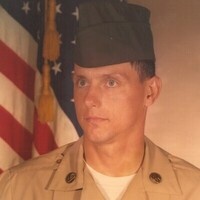 Jerry Wayne Reynolds, age 64, of Clarksville, TN, passed away on Sunday October 10, 2021 at Tennova Healthcare in Clarksville.  He was born September 18, 1957 in Lansing MI, the son of Mary Jane Schumacher Reynolds of Lansing, MI and the late Eldon Lee Reynolds. Jerry served his country in the US. Army from 1981 until 1996.  Upon leaving the military he held the rank of Sergeant.  Following his time in the military he held several jobs including the construction and truck driving fields, Bosch company, security guard on Ft. Campbell, Home Depot delivery and driving a truck for Queen City.  Jerry enjoyed working and helping others.  In addition to his mother, he is survived by his son Travis Reynolds of Clarksville; his sister Sally Reynolds of Clarksville; brothers Denny Reynolds (Charlotte), Larry Reynolds (Gayle), Mike Reynolds (Virginia) and Doug Reynolds (Gay), all of Lansing, MI.  Jerry will be laid to rest with military honors on Tuesday October 26, 2021 at 11:00 A.M. at the Kentucky Veteran Cemetery, West, Hopkinsville, KY.  Arrangements are under the care of Gateway Funeral Home and Cremation Center  335 Franklin Street  Clarksville, TN  37040.  Phone 931-919-2600.  Online condolences may be made by going to www.gatewayfh.com.

To order memorial trees or send flowers to the family in memory of Jerry Wayne Reynolds, please visit our flower store.