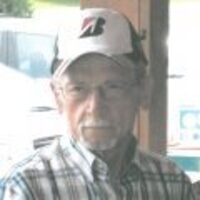 Jerry M. Lemley age 84 of Pleasantview, TN, passed away at his residence on Monday September 9, 2019. He was born September 30, 1934 in Springfield, TN, the son of the late Willie Burton Lemley and Lucy Jane Reynolds Byrne. Jerry served in the US Air Force for 4 years between 1951 and 1955. He was stationed at various sites but he especially liked the time he was stationed in Alaska. He was employed for 45 years with IKG Industries in Nashville. He retired as the manufacturing supervisor. He enjoyed his work and his co-workers. He was known to be witty and caring for others. He enjoyed gardening and being outdoors. He was a talented welder and enjoyed making things, using his welding skills. He is survived by his wife Mallory Valdez Lemley of Pleasantview; three daughters Jerri Lynn Beal of Pleasantview; Jana Manzella (Chris) of Clarksville; and Maggie Lemley of Ashland City, Tn. Also surviving is a sister Brenda Humphreys of Dickson, TN and two grandchildren Madilyn Beal and Jacob Manzella. In addition to his parents he is preceded in death by a brother Billy Lemley and a sister Linda Kay. Jerry will be placed at Resthaven Memorial Gardens at a later date. Arrangements are under the care of Gateway Funeral Home and Cremation Center 335 Franklin Street Clarksville, TN 37040. Phone 931-919-2600. Online condolences may be made by going to www.gatewayfh.com.

To order memorial trees or send flowers to the family in memory of Jerry M. Lemley, please visit our flower store.