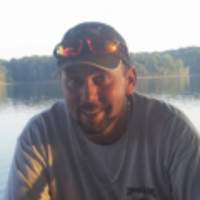 Jerry Wayne Coppage Jr., age 41 of Dover, TN passed away on Monday, July 15, 2019 at his residence. He was born April 29, 1978 to Jerry Coppage Sr. and Vicky Lyn Broyles in Clarksville, TN. Jerry was employed as a Backhoe Operator at his family's owned business, Coppage and Sons, and worked hard all of his life.

To order memorial trees or send flowers to the family in memory of Jerry Wayne Coppage, Jr., please visit our flower store.