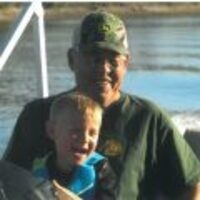 Jerry Keith Davis age 77 of Woodlawn, TN, passed away at his residence on June 14, 2018. He was born August 27, 1940 in Montezuma, Iowa, the son of the late James Arnold Davis and Ellen Maxine Duncan Davis. Jerry lived a life of hard work and dedication to family. Jerry was a lifelong farmer in Lee, Illinois until his retirement 4 years ago when they moved to Tennessee. Jerry enjoyed retirement and was an avid fisherman. He enjoyed spending time with his grandchildren. He is survived by his wife of 58 years, Mary Weber Davis to whom he was married on June 6, 1960. He is also survived by three daughters, Jodi (John Smarzewski) of Sante Fe, NM; Jana Krebs (Ken) of St Charles, IL; and Jennifer Gaston (Nicholas) of Shabbona, IL. Also surviving are sons Jerry K. Davis II (Veronica) of Marana, AZ; James Davis (Ruth) of Woodlawn, TN; Jay Davis of Mt. Morris, IL; and John Davis (Michele) of Elburn, IL. Also surviving is a brother Wayne Davis (Donna) of Montezuma, Iowa and a sister Pat Mitchell of Newton, Iowa. Jerry is survived by 14 grandchildren and 8 great grandchildren. In addition to his parents, Jerry is preceded in death by a grandson Michael Gaston of Shabbona, IL. Per Jerry's wishes there will be a celebration of life held on July 7, 2018 at the home of Nicholas and Jennifer Gaston, starting at 2:00 P.M. at 6659 Shabbona Road, Shabbona, IL. Family and friends are invited to come celebrate the life of Jerry Keith Davis and share fond memories and stories. Arrangements are under the care of Gateway Funeral Home and Cremation Center Clarksville, TN. Online condolences may be made by going to www.gatewayfh.com.

To order memorial trees or send flowers to the family in memory of Jerry Keith Davis, please visit our flower store.