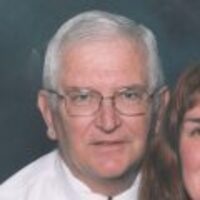 Jerry C. Cullins age 76 of Clarksville, passed away on Tuesday December 4, 2018 at Tennova Healthcare in Clarksville. He was born in Rockwall, TX on June 26, 1942, the son of the late Carl Cullins and Adelene Klutts Cullins. Jerry had worked in various fields throughout his career including working with an optical company, IBM, Avnet computer and he later retired from Alcoa. Following retirement he worked for a short time with NASA. He is a member of Northeast Baptist Church. He was a sports fan, he loved to travel and he enjoyed music, singing in the choir and playing the French horn. He is survived by his wife Vicki Powers Cullins; sons Jerry Cullins (Motoko) of Tokyo; Russell Cullins (Heather) of Missouri; Nathan Cullins of Florida; and Corey Cullins (Maudie) of Florida. Also surviving is a brother James Cullins (Sharon) and a sister Sue Cullins as well as eight grandchildren. Jerry will be interred at the Fairview Cemetery in Dover, TN. A public Memorial Service will be conducted on Saturday December 8, 2018 at 2:00 P.M. at the Northeast Baptist Church, 3900 Trenton Road, Clarksville. Arrangements are in the care of Gateway Funeral Home and Cremation Center 335 Franklin Street Clarksville, TN 37040. Phone 931-919-2600. Online condolences may be made by going to www.gatewayfh.com.

To order memorial trees or send flowers to the family in memory of Jerry C Cullins, please visit our flower store.