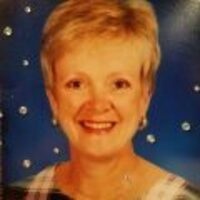 Jeannie Miano (nee Strom) went home peacefully to be with the Lord, July 8, 2019. She was the second of five children of John and Margaret Strom (nee Ruff): Jerome (Patricia), Meta Ann, Margaret, and Chris. Her love of music began at age 5, she played the Church organ in Canandaigua, New York from the age of 11. Classically trained in piano, she also grew up playing the flute and oboe. She graduated from The Academy of the Sacred Heart in Rochester, New York. Upon graduating from Daemen College in Amherst, New York (formerly Rosary Hill College), she commenced her teaching career in Cheektowaga, New York. Jeannie married Laurence J. "Larry" Miano on August 27, 1966 and they had four children and 6 grandchildren from their 39-year marriage. Jeannie's family was the wellspring of her life: Christopher and Dorothy Miano and their two daughters Margaret Alexandra and Victoria; Matthew and Dona Miano and their daughter Elizabeth; Holly Miano; Margaret and Jeremy Aston and their daughters Laurel and Avery. Jeannie is preceded in death by her husband Laurence in 2006 and her grandson Sawyer Xavier Miano. Jeannie taught music at Saint Elizabeth Ann Seton Catholic School in Edmond for 16 years and touched the lives of thousands of students. Her most memorable teaching accomplishments were winning the National Oscar Mayer Jingle competition with a select group of her students and being selected to the Who's Who of America's Teachers. In lieu of flowers please send donations to: Saint Elizabeth Ann Seton Catholic School, Music Department in Memory of Jeannie Miano, PO Box 510 Edmond, Oklahoma 73083. Memorial services will be at a later date. Arrangements are under the care of Gateway Funeral Home and Cremation Center 335 Franklin Street Clarksville, TN 37040. Phone 931-919-2600. Online condolences may be made by going to www.gatewayfh.com.

To order memorial trees or send flowers to the family in memory of Jeannie Miano, please visit our flower store.