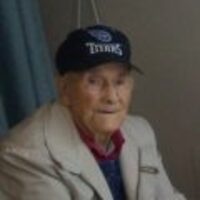 J.C. Kendall age 91 of Cunningham, TN passed away on Friday November 22, 2019 at Centennial Medical Center in Nashville. He was born January 23, 1928, the son of the late Albert and Emma Kendall. J.C. served his country in the US Army following WW II. He was employed with the State of Tennessee Department of Transportation where he learned about blacktop and paving. He was later the owner and operator of Jays Paving Company for many years. He is a member of Lee's Chapel Church of Christ and he enjoyed fishing and gardening. J.C. is survived by his wife Eula Mai Herald Kendall; a step son Howard Baggett (Elaine) of Cumberland Furnace, TN; grandchildren Michael Baggett (Katie) of Decatur, IL, and Michelle Welker (Clint) of Charlotte, TN; as well as four great grandchildren. Also surviving are several nieces and nephews including David & Rita Kendall of Nashville. In addition to his parents, J.C. is preceded in death by his daughter Christina Dawn Kendall; brothers William, Clyde, Lloyd, and Hubert Kendall and sisters Odell McDonald and Lola Horton. Funeral services for J.C. will be conducted on Wednesday November 27, 2019 at 1:00 P.M. at Gateway Funeral Home. Burial will be in Lee's Chapel Church of Christ Cemetery. Visitation will be on Tuesday November 26th from 4-8 P.M. at the funeral home. Arrangements are under the care of Gateway Funeral Home and Cremation Center 335 Franklin Street Clarksville, TN 37040. Phone 931-919-2600. Online condolences may be made by going to www.gatewayfh.com.

To order memorial trees or send flowers to the family in memory of J.C. Kendall, please visit our flower store.