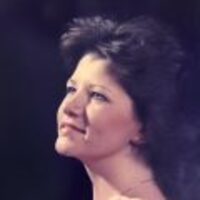 Janice D. Wiles, age 53 of Clarksville, passed away at her residence on Tuesday June 2, 2020. She was born April 26, 1967 in Statesboro, GA; the daughter of the late Harry Edward Wiles and Yvonne Marie Walker Wiles of Clarksville, TN. Janice is a graduate of Northeast High School. She worked for several years as a pharmacy technician at Orr's Drugs in Clarksville until her health no longer permitted her to work. She enjoyed playing pool and fishing. In addition to her Mother, she is survived by sisters, Millie Smith (Larry) of Clarksville and Beverly Gray (Travis) of Clarksville; brothers, Edward Wiles (Lauri) of Louisa, KY, Tony Wiles (April) of Clarksville, Larry Wiles (Vickie) of Clarksville, and Richard Reed of Statesboro, GA; nephews, Rowdy Wiles, Moses Wiles, Preston Wiles, Larry Smith Jr., and Bryan Smith; nieces, Amanda Nevins, Christy Williford, Alisha Wiles, Andrea Wiles, Leandra Wiles, and Christina Lavell.

Memorial contributions may be made to the Clarksville Humane Society. Memorial services will be conducted on Friday June 12, 2020 at 3:00 P.M. at Gateway Funeral Home with Pastor Jim Riggins officiating. Visitation will be for the hour prior to services. Arrangements are under the care of Gateway Funeral Home and Cremation Center; 335 Franklin Street, Clarksville, TN 37040; phone 931-919-2600. Online condolences may be made by going to www.gatewayfh.com.

To order memorial trees or send flowers to the family in memory of Janice D. Wiles, please visit our flower store.