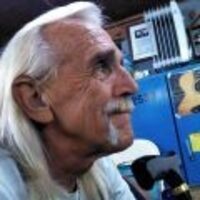 James Franklin Wall age 68 of Clarksville, passed away on Thursday April 12, 2018 at his residence. He was born July 18, 1949 in Clarksville, the son of the late James Wall and Martha Hawkins Wall. Frank had served as a Sheriff Deputy with the Montgomery County Sheriff Department and following his retirement he owned and operated Frank Wall Roofing. He is a member, elder, and ordained minister with the Community Church. He was also well known in Clarksville as a long time coach of youth baseball. He is a motorcyclist and a member of the Christian Motorcyclist Association and the Gold Wing Road Riders. He is survived by his wife Dana Jennings Wall of Clarksville; a son Joey Wall of Clarksville; daughters Tracie Wall of Clarksville; Chastity Hamer of Texas; Lacrecia Edwards (David) of Greenbrier, TN; Lateshia Hudgens (Gary) of Clarksville; and Libertie Semanko (Michael) of Germany. He is also survived by sisters Yvonne Rose Sanderson (Mike) of Gaston, NC; and Mona Collins (Johnnie) of Grand Rivers, KY. Also surviving are 15 grandchildren. In addition to his parents, he is preceded in death by a son Jim Wall. Memorial services will be conducted on Saturday April 21, 2018 at 2:00 P.M. at the Community Church at 199 Jack Miller Blvd. Pastor Gary Wallace will officiate. Visitation will be at the church from 12 noon until the service time. Arrangements are under the care of Gateway Funeral Home and Cremation Center 335 Franklin Street Clarksville, TN 37040. Phone 931-919-2600. Online condolences may be made by going to www.gatewayfh.com.

To order memorial trees or send flowers to the family in memory of James Franklin Wall, please visit our flower store.