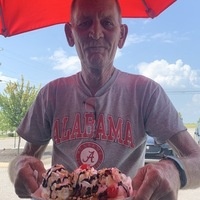 James Arthur Walker age 60, of Clarksville, TN, passed away on Tuesday August 17, 2021 at Tennova Healthcare in Clarksville.  He was born June 8, 1961 in Panama, the son of the late William H. Walker Jr. and Barbara Ladnier of Perkinston, Mississippi.  James had worked for the past 15 years with the Coca- Cola Company.  Earlier in his life he worked in landscaping.  In his free time he enjoyed target shooting, fishing, bible study, family time and playing Uno. He loved spending time with and caring for animals.  He took great pride in his sobriety and he aspired to share his experience to help others.   Left to cherish his memory is his mother Barbara Ladnier of Perkinston, MS; daughters Randi Kay Howell (Chris) of Clarksville and Emily Shea Walker of Clarksville; his sons James Arthur Walker Jr. of Biloxi, MS; and Rusten Dakota Walker of Goldsboro, NC.  Also surviving are brothers Michael Walker of Gulfport, MS and Bill Walker of Ohio and a sister Patti Walker-Calus of Perkinston, MS.  He is also blessed with two grandchildren Dakota James Tapp (Cierra) and Benjamin Tyler Donovan. In addition to his father, he is preceded in death by his step father Billy Ladnier. Private family services are planned at a later date.  Arrangements are under the care of Gateway Funeral Home and Cremation Center  335 Franklin Street  Clarksville, TN  37040.  Phone 931-919-2600.  Online condolences may be made by going to www.gatewayfh.com.

To order memorial trees or send flowers to the family in memory of James Arthur Walker, please visit our flower store.