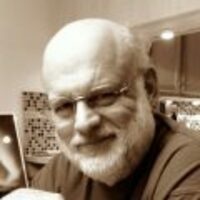 James L. Michaud age 64 of Clarksville, passed away on Friday October 13, 2017 at Tennova Healthcare in Clarksville. He was born May 7, 1953 in Long Beach, CA, the son of the late Bobbie Michaud and Dorothy Lewis Michaud. James served his country in the U.S. Army for 3 years. He continued his service as a civilian with the Department of the Army as quality assurance specialist ammunition surveillance (QASAS) for 35 years. James was dedicated to his career which took him all over the world. He is survived by his wife Iris E. Holtzman Michaud; a daughter Rachel I. Michaud of Clarksville; sons Zachary J. Michaud (Lori Lee) of San Antonio, TX; and Joel R. Michaud (Marisa) of Monroe, GA. He is also survived by brothers Gary Michaud (Yvonne) of Mt. Hope, KS; Mark Michaud (Lois) of Lincoln, NE; and Brian Michaud (Melody) of Lincoln, NE. James is also survived by 6 grandchildren, James, Tyler, Joshua, Trevor, Aden, and Gavin Michaud. In addition to his parents he is preceded in death by a brother Robert Michaud and a grandson Drake Michaud. A Memorial Visitation will be held on Friday October 20, 2017 at Gateway Funeral Home from 4 PM until 5 PM. Arrangements are under the care of Gateway Funeral Home and Cremation Center 335 Franklin Street Clarksville, TN 37040. Phone 931-919-2600. Online condolences may be made by going to www.gatewayfh.com.

To order memorial trees or send flowers to the family in memory of James L. Michaud, please visit our flower store.