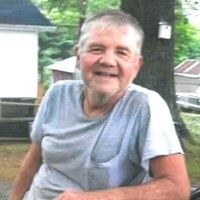 James Kenneth Raines, age 64 of Clarksville, TN passed away Monday, February 14, 2022 at Maury Regional Center in Columbia, TN. Kenny was born on October 9, 1957 in Lebanon, IN to the late James and Marie Raines. Kenny was a hard working, laid back family man. He enjoyed carpentry work, hunting and fishing. He retired after 18 years at A.O Smith. Kenny will be remembered by his family as a loving and caring husband, father, grandfather, brother, uncle and friend.

Along with his parents, Kenny is preceded in death by his first wife, Karen Raines.

A funeral service will be held at Gateway Funeral Home on Thursday, February 24 at 1:00 P.M. A visitation will be held at 11:00 A.M. until the hour of service. Officiating will be Pastor David Mackens. Interment will follow immediately at Memorial Baptist Church Cemetery in Clarksville, TN. Pallbearers will be Quinton Wilkerson, Joseph Copeland, Jacob Morrison, Josh Newman, Keith Stone and Jason Meek. Honorary Pallbearers will be Dewight Black, Samuel Morrison, Randy Cobb, Eli Hood and Andrew Meek.

Arrangements are under the care of Gateway Funeral Home & Cremation Center. 335 Franklin Street, Clarksville, TN 37040. Phone: (931)919-2600. Online condolences may be made by visiting our website, gatewayfh.com.

To order memorial trees or send flowers to the family in memory of James "Kenny" Kenneth Raines, please visit our flower store.