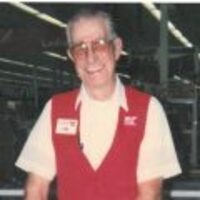 James Franklin Watson, Jr., age 87, of Clarksville, TN passed away on Thursday, June 4, 2020 at Tennova Healthcare. He was born in Macon, GA on December 25, 1932 to the late James Watson, Sr. and Mattie Estelle Watson. James served his country in the United States Army and retired as an E-6. Succeeding his military career, James worked for K-Mart and retired from there after working for 15-20 years. Also, James received a certificate from APSU for working on radios. Apart from his work, he enjoyed reading.

His memory will forever be cherished by his loving wife of 39 years, Elizabeth Watson; children, Maggie Schaffer of Southside, TN, Frederick Watson, and Heinz Watson, both of Michigan; step-children, Bernard Schaffer, Joanna Surface, Bertha Schilling, Debra Davis, Emma Black, and Catherine Hicks. Also, he leaves behind several grandchildren, great-grandchildren, and great-great grandchildren. In addition to his parents, he is preceded in death by his step-sons, Robert Schaffer and Steven Schaffer; his step-daughters, Elizabeth Ann Anderson and Ann Schaffer; his sisters, Omie Moore and Mattie Mae Harlson.

A visitation for James will be held on Friday, June 12, 2020 at Gateway Funeral Home beginning at 11:00 A.M. until 1:00 P.M. There will not be a funeral service. Burial will follow immediately after the visitation at Kentucky Veterans Cemetery West in Hopkinsville, KY where full military honors will be rendered. Arrangements are under the care of Gateway Funeral Home and Cremation Center; 335 Franklin St. Clarksville, TN 37040; phone 931-919-2600. Online condolences may be made by visiting gatewayfh.com.

To order memorial trees or send flowers to the family in memory of James Franklin Watson, Jr., please visit our flower store.