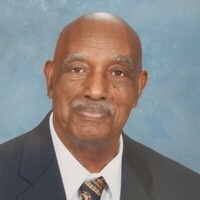 James Charles Dowlen Sr. age 82 of Clarksville, TN, passed away at his residence on Friday April 9, 2021.  He was born October 9, 1938 in Christian County, KY the son of the late James Evans and Lucille Green.  James is a graduate of Burt High School in Clarksville.  James served his country in the US Army.  Following his time in the military he returned to Clarksville and worked at BF Goodrich and later worked for 34 years at Trane Corporation until his retirement.  Following retirement he worked part time at Lowes on Wilma Rudolph for several years.  He is a member of Immaculate Conception Catholic Church.  In his spare time he enjoyed playing cards with his friends and fishing.  He enjoyed the times he went fishing with his grandchildren.  Left to cherish his memory is his wife Juanita Rogers Dowlen of Clarksville; his daughters Angela Dowlen of LaVergne, TN; and Anieka Dowlen of Lavergne, TN; and his son James Dowlen Jr. of Georgia.  He is also survived by his brother Fred Dowlen of Houston, TX, and a sister in law Delores Dinwiddie of Clarksville.  James is blessed with four grandchildren, Jasmine Leak, LaKeashea Dowlen, James McClure Dowlen III, and Kyla Dowlen, as well as two great grandchildren Ariya Forman and Kavonte Dowlen.  He is also survived by a host of family members, nieces and nephews and cousins.  In addition to his parents, James is preceded in death by a brother Robert Dinwiddie.  Graveside funeral services will be conducted on Friday April 16, 2021 at 1:00 PM at Resthaven Memorial Gardens with Pastor James Brigham officiating.  Military honors will be conducted.  Visitation will be on Thursday April 15, 2021 from 4-6 PM at Gateway Funeral Home.  Arrangements are under the care of Gateway Funeral Home and Cremation Center  335 Franklin Street  Clarksville, TN  37040.  Phone 931-919-2600.  Online condolences may be made by going to www.gatewayfh.com.

To order memorial trees or send flowers to the family in memory of James Charles Dowlen Sr., please visit our flower store.