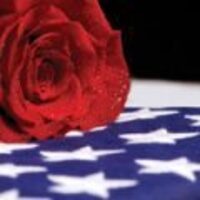 James Lee Allen, a Military Veteran and longtime resident of Southside, TN (Cabin Row) was called home on February 4, 2019 after an extended illness. He was born to John Lee Allen (father) and Carrie Kilgore Allen (mother) on November 21, 1933 in the Salem Community, Montgomery County, Tennessee. His parents preceded him in death. James Allen was educated in the Montgomery County School system. He joined the Military (US Army) in 1953, and was assigned to the Medical Command in the Federal Republic of Germany. He served his country honorably and upon separation, returned to Clarksville, Tennessee.

Burial will be at the Middle Tennessee State Veterans Cemetery, 7931 McCrory Lane, Nashville, Tennessee on February 8, 2019 at 2 PM.

To order memorial trees or send flowers to the family in memory of James Lee Allen, please visit our flower store.