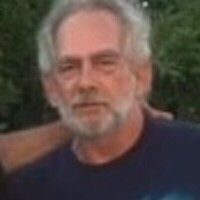 Henry Jackson “Jackie” Lyle III, age 59, of Clarksville, TN, passed away in Clarksville, TN.  He was born August 12, 1962 in Clarksville, the son of the late Henry Jackson Lyle Jr. and Linda Barr Drake.  Jackie is a graduate of Clarksville High School.  For many years he worked as a roofing contractor.  He later became an auto mechanic.  He enjoyed building motorized bicycles.  He enjoyed woodworking and making jewelry and collecting Native American Artifacts.  He is survived by step sons Jason Nelson, David Nelson, and Stanley Denton; a brother Lane Lyle and sisters Tamara Lyle and Tonya Plank.  He is also survived by ten grandchildren.  Funeral services for Jackie will be conducted on Thursday May 12, 2022 at 1:00 PM at Gateway Funeral Home with Pastor Mike Rittenberry officiating. Visitation will be on Thursday from 10 AM until the time of services at the funeral home.  Arrangements are under the care of Gateway Funeral Home and Cremation Center  335 Franklin Street  Clarksville, TN  37040.  Phone 931-919-2600.  Online condolences may be made by going to www.gatewayfh.com.

To order memorial trees or send flowers to the family in memory of Jackie Lyle, please visit our flower store.