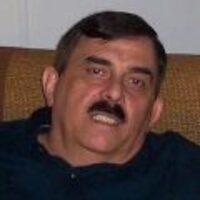 Jack Wayne Sheppard age 68 of Clarksville, passed away on Sunday December 17, 2017 at Tennova Healthcare in Clarksville. He was born June 2, 1949 in Norwalk, Ohio, the son of the late Wayne Sheppard and Louise Baker Sheppard. Jack attended Norwalk High School in Norwalk, Ohio. He worked for several years as a manager in the egg processing business in Ohio and Guthrie, KY. He enjoyed fishing, dogs and was a NASCAR fan with Dale Earnhardt being his favorite driver. He was also a fan of the Cleveland Indians and the Tennessee Titans. He was devoted to his grandchildren. He is survived by daughters Kristin Combs and Heather Sheppard and sons Robert "Bobby" Combs and Benjamin Sheppard. He is also survived by a sister Deborah Robinson and three grandchildren Aubrey Combs, Blaze Combs, and Evan Combs. In addition to his parents he is preceded in death by brothers Lawrence Sheppard, Tommy Sheppard, and Lynn Sheppard and sisters Diane Noftz, Vickie Scott, Karen Fritz, Susie Burkholder, and Sharon Sheppard. There will be no public funeral services. Arrangements are in the care of Gateway Funeral Home and Cremation Center 335 Franklin Street Clarksville, TN 37040 Phone 931-919-2600 Online condolences may be made by going to gatewayfh.com.

To order memorial trees or send flowers to the family in memory of Jack Wayne Sheppard, please visit our flower store.