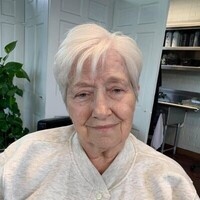 Holly A. VanMeter age 75 of North Las Vegas, NV, formerly of Clarksville, TN, passed away on Wednesday February 3, 2021 at her residence.  She was born December 5, 1945 in Ft. Knox, KY the daughter of the late James Alger and Marion Scheriff Alger.  Holly attended the University of North Carolina and the Broome County Community College in Binghamton, NY.  During her working career, she was a Certified Dental Assistant for 12 years in Freehold, NJ and later worked as a secretary with Farm Bureau Insurance in Madisonville, KY and with State Farm Insurance in Central City, KY.  Holly and her husband lived in Clarksville from 2002 until 2019 when they moved to North Las Vegas to be with their daughter.  Survivors include her husband LTC (Ret) Stephen D. VanMeter; her daughter Kristina Willis of North Las Vegas; her sons CW5 James O. VanMeter (Lynn) of Ft Drum, NY; and Paul M. VanMeter (Krystal) of Connecticut.  Also surviving are brothers James Alger of Raleigh, NC; and Bruce Alger of Garland, TX as well as ten grandchildren.  In addition to her parents, Holly is preceded in death by her sister Michele Dernar and her grandson Jackson Willis.  Private family services are planned.  Local arrangements are under the care of Gateway Funeral Home and Cremation Center  335 Franklin Street  Clarksville, TN  37040.  Phone 931-919-2600.  Online condolences may be made by going to www.gatewayfh.com.

To order memorial trees or send flowers to the family in memory of Holly A. VanMeter, please visit our flower store.