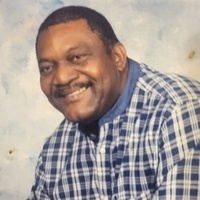 He accepted Christ as his personal Lord and Savior at Cabin Row Missionary Baptist Church and was a faithful member until his illness started to decline.

Henry was employed by Montgomery County School System for 35 years after retiring as Chief Custodian at Northeast High School. He united in Holy Matrimony to the love of his life Karen Powers Trotter for 50 years.

Henry loved his family dearly and never met a stranger. Bo loved to play the lottery, cleaning, working on cars, and cutting grass. Bo was an awesome mentor to a lot of children. Everyone that came in contact with Bo loved him. Bo was a joker and a jack of all trades. Lastly Bo loved to grill and enjoy family and friends gatherings.

On Saturday, April 16, 2022, God called Henry to walk through those pearly gates to return to his heavenly home to receive his reward.

The Trotter family would like to say a special thank you to Davita Dialysis and Nurse Jason at Tennova ICU for their phenomenal care to Mr. Henry.

Arrangements are under the care of Gateway Funeral Home & Cremation Center. Franklin Street, Clarksville, TN 37040. Phone: (931) 919-2600. Online condolences may be made by visiting our website, gatewayfh.com.

To order memorial trees or send flowers to the family in memory of Henry "Bo" Jasper Trotter, please visit our flower store.