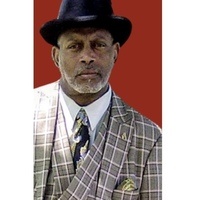 Harrison Benjamin Slayden Jr. was born on September 20, 1954, in Memphis, Tennessee. He was the first child of five born to Harrison and Luvenia Slayden.

The family moved to Chicago, Illinois when Harrison was only two years old. Harrison Jr. had a relationship with God early on and would take his sisters and brother on the bus with him to attend church.

In 1972, he graduated from Wendell Phillips High School. In 1976, he entered the U.S. Army. Later in life, Harrison received his Associate of Arts degree in business from Bethel University in Tennessee.

Harrison was preceded in death by his parents: Harrison and Luvenia Slayden and siblings: Vernita Slayden and Carl Slayden.

A funeral service will be held on Saturday, July 2, 2022 at Walnut Grove Missionary Baptist Church in Clarksville, TN at 11:00 A.M. with visitation for one hour prior. Pastor Carl E. Livingston will officiate the service.

To order memorial trees or send flowers to the family in memory of Harrison Benjamin Slayden, Jr., please visit our flower store.