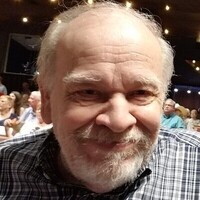 Glen Allen Martin, age 75, of Clarksville, TN, passed away on Friday December 3, 2021.  He was born July 26, 1946 in Oneida, TN, the son of the late (ret MSG) Glen Martin and Goldie Weaver Martin.  Glen served his country in the US Army during the Vietnam War.  He was a cryptographic operator.  He has worked at various jobs during his life, among them the owner and operator of a gas station/convenience store and apartment manager, both in Cleveland, TN.  He was known as being proficient with technical matters and was a kind hearted person.  He is survived by his children, Glen A. Martin Jr. of Containment, FL; Christopher Martin of Mariana, FL; and Lisa Martin Doran of Milton, FL.  Also surviving are his sisters Glenda Angus (Bob) of Clarksville; and Gloria Davis of Clarksville; and his brother Gary Martin (Jackie) of Clarksville. There are no public funeral services planned at this time.  Arrangements are under the care of Gateway Funeral Home and Cremation Center  335 Franklin Street  Clarksville, TN  37040.  Phone 931-919-2600.  Online condolences may be made by going to www.gatewayfh.com.

To order memorial trees or send flowers to the family in memory of Glen Allen Martin, please visit our flower store.