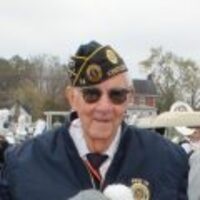 George Anthony Zering age 89 of Cadiz, KY, passed away on Monday, June 22, 2020 at Jennie Stuart Medical Center in Hopkinsville, KY. George was born April 22, 1931 in Chicago, IL . He earned his BS degree in electrical engineering from Northwestern University. He retired after 30 years as quality control manager with Hewlett Packard. George served his country in the US Army from 1949 to 1951. He was an active member for over 40 years in the American Legion. He served as senior vice commander of the Legion Post 74 in Cadiz, KY. He is a member of Cadiz Christian Church in Cadiz, KY. He was an honorary member of Girl Scout Troop 1246 of Cadiz, KY. He is survived by his wife Anita Louise Mayes Zering of Cadiz; a son Douglas George Zering and a daughter Jane Margaret Zering Reyes and one grandson Samuel Alberto Reyes. He is preceded in death by his daughter Pamela Lynn Zering. Following cremation, George will be placed at the Kentucky Veteran Cemetery, West in Hopkinsville, KY. Arrangements are under the care of Gateway Funeral Home and Cremation Center 335 Franklin Street Clarksville, TN 37040. Phone 931-919-2600. Online condolences may be made by going to www.gatewayfh.com.

To order memorial trees or send flowers to the family in memory of George Anthony Zering, please visit our flower store.