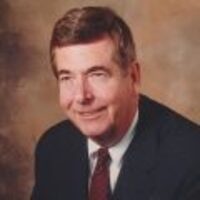 George Dudley Eggleston Sr. age 83 of Clarksville, TN, passed away on Saturday November 9, 2019 at Spring Meadows Healthcare Center in Clarksville. He was born June 11, 1936 in Buffalo, NY, the son of the late George Staub Eggleston and Elizabeth Ball Eggleston. Dudley is a graduate of Vanderbilt University and earned a degree in Civil Engineering. He was elected by his peers to the Student Senate twice and served as the treasurer of the student senate. He was also a silver medalist S.E.C. swimmer while at Vanderbilt as well as being the President of the Alpha Tau Omega fraternity. He received his MBA in finance from Georgia State University He served as an officer in the Marine Corps, obtaining the rank of Captain. Dudley worked for Exxon Chemical Company for eleven years in many management capacities, including Manager of Sales for Sweden, in Stockholm. He then moved to Atlanta in 1972 and spent five years brokering land to investors and developers. He then began Eggleston Consulting, a firm dedicated to executive searches exclusively in the Real Estate Industry. He was known in the industry as an expert in executive compensation plans. He was the Georgia Coordinator of the Appalachian Trail Conference Land Trust. That group acquired 500 acres near the trailhead of the Appalachian Trail at Springer Mountain. He also successfully climbed Mt. Whitney, Mt. Rainier, and completed the Birmingham Marathon. Dudley is survived by his son George Dudley Eggleston Jr. of Nashville, TN; his daughter Blair D'Alessandro (Carl) of Yuma, AZ; and grandchildren Alan D'Alessandro and Isabella D'Alessandro. In addition to his parents, he is preceded in death by his sister Barbara Bird. Funeral services with military honors will be conducted on Tuesday November 26, 2019 at 2:00 P.M. at the Western Kentucky Veteran's Cemetery in Hopkinsville, KY. Memorial contributions may be made to the Wounded Warriors Foundation. Arrangements are under the care of Gateway Funeral Home and Cremation Center 335 Franklin Street Clarksville, TN 37040. Phone 931-919-2600. Online condolences may be made by going to www.gatewayfh.com.

To order memorial trees or send flowers to the family in memory of George Dudley Eggleston Sr., please visit our flower store.