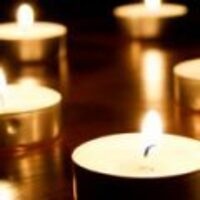 George Duane Von Lanken, of Hopkinsville, KY; passed away at the age of 88 on May 18, 2017 at Tennova Healthcare in Clarksville, TN. He was born to the late Walter Von Lanken and Ester Margaret Clausen on December 28, 1928. Mr. Von Lanken served his country for three years in the USAF. He later went on to earn a Master's degree in business and managed the first cooperative grain elevator in Kentucky. After years in Agriculture, he decided to share his knowledge by becoming a professor. He was a member of St. Johns Methodist Church in Hopkinsville. He was a loving father and husband of nearly 64 years. Mr. Von Lanken is survived by his wife Melba Baker Von Lanken of Hopkinsville; one son, Chris of Hopkinsville; one daughter, Carol Von Lanken of Lexington, KY; and one brother Roger (Sandy) of Duquoin, IL. In addition to his parents, he is preceded in death by two sons, Kevin and Kent; one brother, Richard; and one sister Phyllis Hendrickson. Public services are pending. Arrangements are under the care of Gateway Funeral Home and Cremation Center 335 Franklin Street Clarksville, TN 37040. Phone 931-919-2600. Online condolences may be made by going to www.gatewayfh.com.

To order memorial trees or send flowers to the family in memory of George Duane Von Lanken, please visit our flower store.