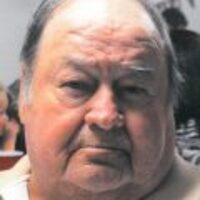 Gary Franklin Coppedge, age 73, of Clarksville,TN, passed away at his residence on Friday, September 28, 2018, surrounded by his loving family. He was born August 30, 1945 in Montgomery County,TN the son of the late George L. Coppedge Sr. and Mary L. Street Coppedge. He is a 1965 graduate of Clarksville High School. Gary was a hard worker and worked in farming for many years with tobacco and cattle. Over the years he had also worked at Frosty Morn and at Lowes. He is a member of the Freewill Baptist Church. Gary enjoyed camping, talking and telling stories about the past, but he mainly was a family man.

He is survived by his wife of 52 years, Patsy Johnson Coppedge; three daughters, Sarah Morris of Southside, TN; Shirley Black (Russell) of Southside, TN; and Sandy Arlofski (David) of Clarksville, TN. He is also survived by a brother Paul Coppedge and a sister Libby Downs both of Clarksville, TN; and nine grandchildren and eight great grandchildren.

In addition to his parents he is preceded in death by brothers Keith, Charles, and George Coppedge Jr. and sisters Hazel Edwards, Jeanette Gregory, and Dorothy Frey. Funeral services will be conducted on Monday October 1, 2018 at 2:00 P.M. at the Chapel of Gateway Funeral Home with Rev. James Black and Brother Doug Telft officiating. Burial will be in Resthaven Memorial Gardens. Visitation will be on Sunday from 2 P.M. until 8 P.M. at the funeral home and on Monday from 11:00 A.M. until the time of services.

Arrangements are under the care of Gateway Funeral Home and Cremation Center 335 Franklin Street Clarksville, TN 37040. Phone 931-919-2600. Online condolences may be made by going to www.gatewayfh.com.

To order memorial trees or send flowers to the family in memory of Gary Franklin Coppedge, please visit our flower store.