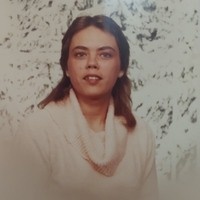 Frieda A. Goins, devoted Mother, Nana, and Sister, age 64 of Clarksville, TN, passed away on Sunday, June 12th at her home with her family. She was born on December 10, 1957, in Montpelier, VT to the late James Payette and Jean E. Rissmiller. Frieda was a very loving person. She went out of her way for everyone she knew. She was especially devoted to her precious family. Her intentions were always genuine. She cared about being there for others. Never faltered when it came to her family. She gave up so much in order to care for her family. There was Nothing more important to her. Among one of her greatest passions was her grandchildren. She was proud of all 3 of them. She never missed an opportunity to be by their side supporting them in anything they did. She took pride in being the "BEST NANA EVER".

Wonderful Mother of 2 boys, she had to be tough but she made sure to stay grounded in humor. She devoted herself to raising her boys to be strong, dependable men. She was an authentic, selfless, committed, and consistent presence in their life. Always a phone call away. Her personality was always as big as her heart. She fought hard and loved "Big" and became unforgettable. She really loved her boys. Among her family, she was known as the "Greatest Big Sister" and "Best Aunt". She will be greatly missed. Everyone will always be blessed for having had Frieda in their lives.

Memorial services will be held at Gateway Funeral Home on Saturday, June 25, 2022, at 2:00 P.M. with visitation for one hour prior.

To order memorial trees or send flowers to the family in memory of Frieda Alberta Goins, please visit our flower store.