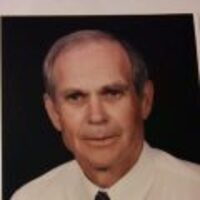 Freddie R. Matthews age 80 of Clarksville, passed away on Saturday July 15, 2017 at his residence. He was born September 29, 1936 in Montgomery County, the son of the late Herschel Freeman Matthews and Rose Alice Waller Matthews. He is a 1955 graduate of Montgomery Central High School. Freddie is a member of the Salem United Methodist Church and served 8 years in the National Guard. He had been employed for 38 years with Trane Corporation, retiring in 1996. Survivors include his wife Linda Gilliam Matthews; two sons Steven Matthews (Diana) and Randall Matthews (Tammie) all of Clarksville. He is also survived by brothers Frank Matthews of Clarksville and Herschel F. Matthews Jr. of Russellville, KY; sisters Alice Munsey of Nashville and Linda Ransdall of Clarksville. Freddie is also survived by four grandchildren Rebecca, Steffie, Zachary, and Shannon. Graveside services will be conducted on Tuesday July 18, 2017. Friends are asked to assemble at the Salem United Methodist Church at 11:00 A.M. for the brief trip to the Salem Cemetery where services will be conducted by Pastor Stephen Sauls. Arrangements are under the care of Gateway Funeral Hme and Cremation Center 335 Franklin Street Clarksville, TN 37040 Phone 931-919-2600. Online condolences may be made by going to www.gatewayfh.com.

To order memorial trees or send flowers to the family in memory of Freddie R. Matthews, please visit our flower store.