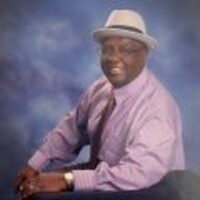 Fred Clement Jr., age 88, of Clarksville, TN passed away on Friday, December 27, 2019 at Tennova Healthcare. He was born in New Orleans, Louisiana on March 24, 1931 to the late Fred Clement and Alice Fowler Clement. Fred served his country in the United States Army for 26 years and retired as a First Sergeant. His military decorations include: Purple Heart, Good Conduct, Occupation, National Defense, Battle Ribbon with 5 Cluster Korean Campaign, Presidential Citation, Combat Infantry Man Badge, Korean Presidential Citation, Expert Badge for Firing on Range, and Bronze Star Medal. He later worked in Civil Service for another 20 years. He was a member of Grace Church of the Nazarene of Clarksville, TN and often taught Sunday school there. Fred loved to bowl and was a New Orleans Saints fan. He was a part of a state championship bowling league and was on a boxing team while in the Army. His wife, Patricia, emphasizes what an amazing husband he was and that he was God's gift to her.

A funeral service for Mr. Clement will be held on Saturday, January 4, 2019 at 1:00 P.M. at Gateway Funeral Home and Cremation Center with Pastor Rich Cook officiating. Family and friends are welcome to visit from 11:00 A.M. until the time of service. Burial with military honors will follow at Resthaven Memorial Gardens. Arrangements are under the care of Gateway Funeral Home, 335 Franklin St. Clarksville, TN 37040; Phone: 931-919-2600. Online condolences may be made by visiting gatewayfh.com.

To order memorial trees or send flowers to the family in memory of Fred Clement Jr., please visit our flower store.